Hypertension – high blood pressure – presents one of the greatest challenges for internal medicine. Elevated blood pressure is often not recognized as a disease by patients but puts them at significantly higher risk of stroke and heart infarct. Kidney damage, vision problems, and early onset of dementia are also potential consequences. With over one billion people affected, hypertension is the most common
disease worldwide. In Germany, approximately half of the adult population is affected. Of these, only approx. one quarter is deemed to be successfully treated despite a very high commitment to diagnostics and pharmacological therapies. A devastating result for modern medicine. 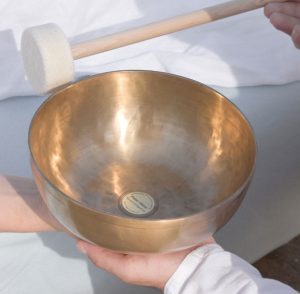 The majority of hypertensive patients suffer from so-called “essential hypertension”, high blood pressure that does not have an obvious organic cause. In addition to genetic predispositions, other factors primarily include lifestyle choices that individuals make on their own: lack of exercise, unhealthy diet and obesity, and chronic distress. Nonpharmacological treatment strategies that focus on lifestyle changes are thus becoming increasingly important. Evidence-based practice, e.g. scientific studies confirmed by academic medicine, supports this finding. The European Association for Cardiology has updated its 2013 guidelines for hypertension and recommends greater focus on prevention and implementation of non-pharmacological measures.

Regular aerobic exercise that increases endurance appears to be the most effective. 30 to 60 minutes of light aerobic exercise such as running/jogging, walking, biking, swimming, or rowing consistently lower blood pressure and cut the risk of stroke or heart infarct in half. For changes in diet, the following general rule applies: each kilogram of weight lost reduces blood pressure by approx. 1 mmHg.

There are now numerous studies that show the effectiveness of relaxation processes as part of a successful stress management strategy and thereby reduction in blood pressure. For hypertensive patients, the effectiveness of progressive muscle relaxation (PMR) to lower blood pressure values has been well documented in scientific studies. Insurance companies generally cover costs for PMR classes or even offer them to their customers on their own.

Many sound massage therapists are familiar with the positive effects Peter Hess® sound massages have on blood pressure through working with hypertensive clients. However, to date, no study has been conducted to show their effectiveness.

Within the framework of a master’s thesis in “Complementary Medicine – Cultural Sciences” at Europa University Viadrina in Frankfurt/Oder, a pilot study was conducted on 10 hypertensive patients from January to September 2013 at the “Herzinstitut Berlin“ (Cardiac Institute Berlin) (www.herzinstitut-herzpraxis.de). In addition to medical treatment in accordance with current academic guidelines, these patients also received either 6 PMR sessions (PR group) or 6 Peter Hess®-based sound massages (sound therapy group), respectively, in weekly intervals. At the end of each session, participants also received additional instruction on exercises they could do at home daily. If they were taking blood pressure medication, their prescription could not be changed during the duration of the study.

Blood pressure was measured before and after the 6-month treatment phase via outpatient 24-hour long-term blood pressure measurements. Additionally, stress/relaxation behaviour was determined with a 24-hour measurement of heart rate variability, and individual stress coping capability via a questionnaire (SVF 120), designed by Janke and Erdmann. This standardized stress coping test was already used in a 2010 stress study by Tanja Grotz and Dr. Christina M. Koller. This study had more than 200 subjects and evidenced the positive effects of Peter Hess®-based sound massages (compare p. 20 ff). 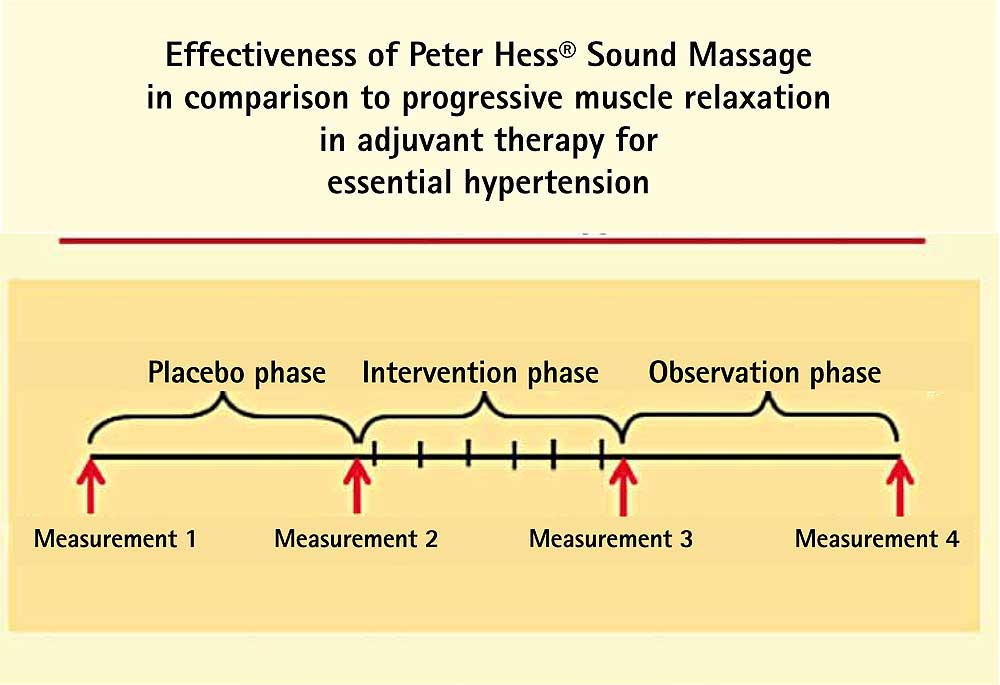 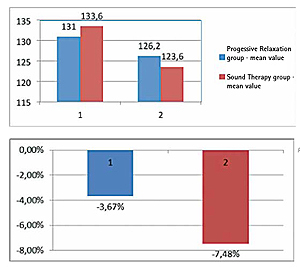 In the final assessment, the PR group evidenced an average reduction in systolic blood pressure by -4.8 mmHg, and the sound therapy group by -10 mmHg from beginning of the treatment phase to the end of the follow-up observation phase. The blood pressure lowering effect was thus more than twice as pronounced in the sound therapy group. Per analyses of the long-term measurements in heart rate variability, the superior results are at least tendentially associated with a greater ability to relax. Evaluation of the stress coping questionnaire showed equally-pronounced improvement in the ability to cope with stress for both groups. However, here the effects were slight.

During the study, it was paramount not to withhold evidence and guideline-based “academic” blood pressure treatment from study participants. Thus, only patients with grade I hypertension and low overall cardiovascular risk factors, or patients currently receiving medication therapy for blood pressure could participate in the study. Medication could not be changed during the study. At 133.6/80.6 mmHg in the sound therapy group and 131/80.6 mmHg in the PR group, the average blood pressure start values after the placebo phase prior to the intervention phase were low, respectively. Given this background, the reduction in blood pressure of 10 mmHg achieved by the sound therapy group deserves special attention. Remarkably, the reduction in blood pressure was more pronounced at the end of the followup
observation phase than directly after the intervention. In the PR group, the average blood pressure at the end of the intervention phase was even higher than it was prior to start of treatment. This phenomenon had already been observed in the stress study conducted by Grotz/Koller. 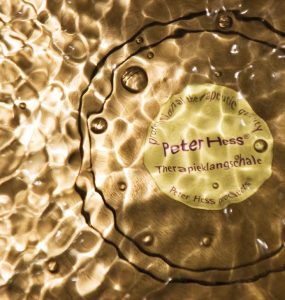 This study is a so-called pilot study. The number of participants is small, the results are not statistically significant, nor are they designed to be such. However, the initial trends and experiences gained during the study are highly valuable for the planning of further, larger studies. Extraordinary results in blood pressure reduction were achieved with Peter Hess®- based sound therapy, which may potentially greatly surpass the proven approach with progressive muscle relaxation. Possible reasons for its superiority may lie in the intensive nature of application through the therapist. In every sense of the word, the therapist “touches” the patient with the singing bowls. Whilst the patient practicing PMR ultimately remains in an attentive, rational conscious state – since the patient must actively follow the instructions of the therapist – the patient can trustingly experience the sound massage passively and allow it to happen.

The patient hears, feels, and perceives. The sound therapist takes on the active part of the therapy and, in turn, becomes a client himself who experiences the sound therapy. Both participate in the therapeutic process in the literal sense of resonance. The doctor/patient relationship unfolds between the two poles of the doctor and patient-centred medicine. In sound, these polarities dissolve. The therapist is part of the resonance activity. His or her own bearing thereby significantly determines the “successful sound communication”. According to Peter Hess, this bearing is characterised by the following basic principles: attentiveness, appreciation, holism, solution and resource orientation, as well as collective dialogue. Additionally, the therapist adheres to the principle of “less is more”. Whilst musical pieces, regardless of genre, can impress us with their complexity of structure, rhythm, melody and dynamics, it is important to deeply feel each sound in sound therapy. Just like meditation and attentiveness, sound also ultimately leads to silence. The objective is to follow it.

The question as to what extent the rich harmonies have a trance-inducing effect and whether the physical transfer of vibrations and oscillations of the singing bowls has a therapeutic effect on extra and intracellular fluids is very intriguing and should be further researched.

In the future, the sustainable blood pressure lowering effect of Peter Hess® sound massage should be further researched in larger studies with 100 or more participants to provide statistically significant results. In this manner, sound therapy can be recognized as a complementary treatment method as part of a holistic treatment concept and help reduce or even eliminate the need for medication. Deciding factors are sustainability and evidence of self-efficacy. Here, it appears promising to integrate the “sound break™”, (compare p. 48 ff.) developed by professors of the Erler institute in Regensburg as an accompanying daily exercise program into the study of the effects of singing bowls on hypertension.

These types of studies require a great deal of logistics, scientific know-how, and financial means. To that end, networks with research and university facilities need to be developed as is currently underway with cooperation between the Peter Hess® Institute and the Steinbeis Hochschule and Dr. Luis Erler Institute.

If you are interested in more english articles, read on here…