A pilot study of the European Association for Sound Massage Therapy e.V. in cooperation with the Dr. Tanja Grotz Institute

For the first time, the effect of Peter Hess™ sound massage with regard to stress management and body image was investigated scientifically. This article is a summary of the complete study which can be ordered through the professional association website www. fachverband-klang.de (at the moment only in German).
Peter Hess™ sound massage is primarily a holistic relaxation method, and as such uses the sound of singing bowls to prevent and reduce stress and thereby reinforce health.
This is scientific proof in a study of 201 subjects. Within this examination, carried out by European Professional Association for Sound Massage Therapy (Europäischer Fachverband Klang-Massage-Therapie e.V.) in cooperation with Dr. Tanja Grotz Institute (Kollnburg), participating women and men aged 21 to 78 obtained five basic sound massages, given by trained Peter Hess sound massage practitioners on a weekly basis.

Stress is part of daily life and in principal is not assessed negatively. However, caution is advised if stress lasts for a long time or becomes chronic.
All of us employ various strategies for coping with stress. These so-called stress management measures, however, are not always positive but sometimes even contribute to an increase in stress.

Therefore, the „Stress Management questionnaire according to Janke and Erdmann“ (SVF 120, 1997) applied within the framework of this study captures the following three tendencies of stress management measures:

Apart from stress management, the consequences of intervention on the body image of the subjects was investigated.
This aspect was considered because body perception is the basis for stress-related symptoms – such as fatigue, tension, sleep disorders and similar – being noticed as such at all. The earlier the adequate reaction to such symptoms, the less stress is manifested as disease at the physical or mental level. In the present study, body image means the subjective body experience of a person; the mental image a person visualizes of his/her own physical appearance. It comprises all body-related attitudes and feelings and consequently is part of our self-concept. For capturing body image, the »Questionnaire on the body image according to Clement and Löwe« (FKB-20, 1996) was applied, which distinguishes between the following dimensions:

Results of the study

The results of the study showed that both stress management and body image of the subjects were positively influenced by intervention, and study results proved long-term effects–and this with just five sound massages! 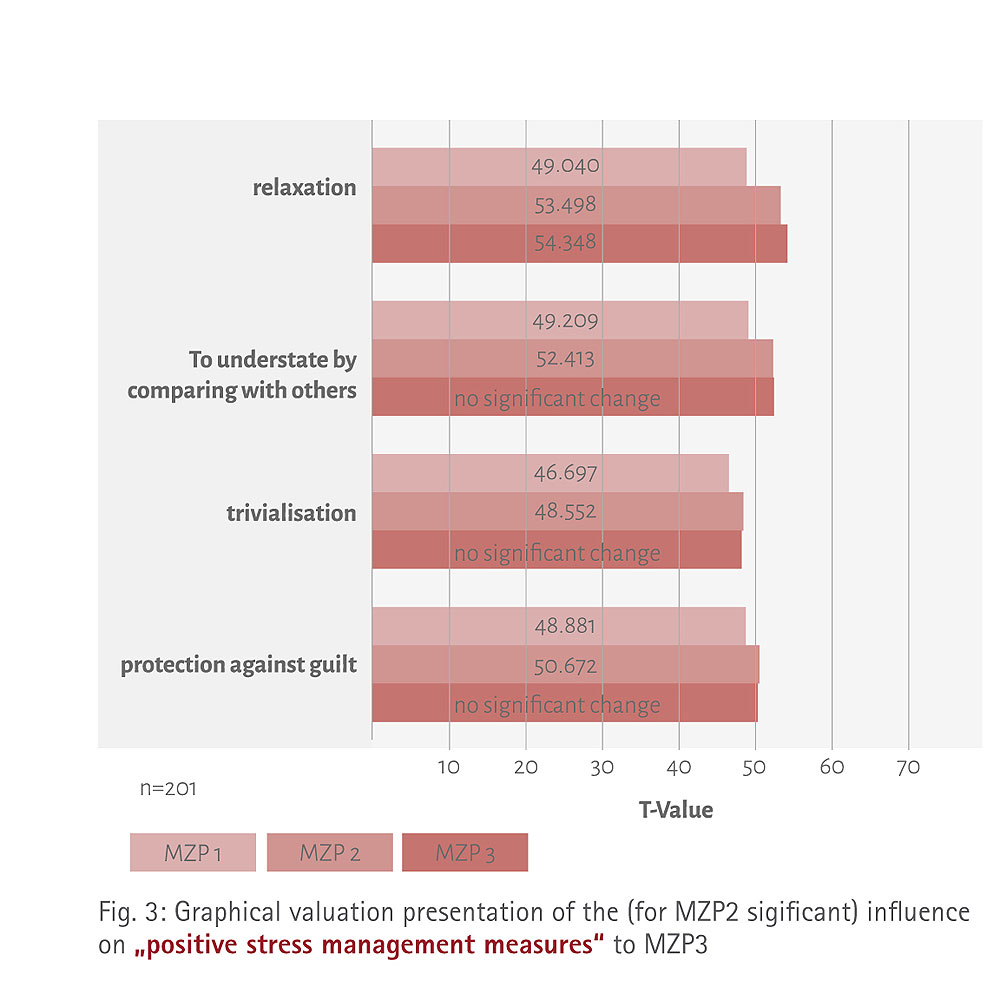 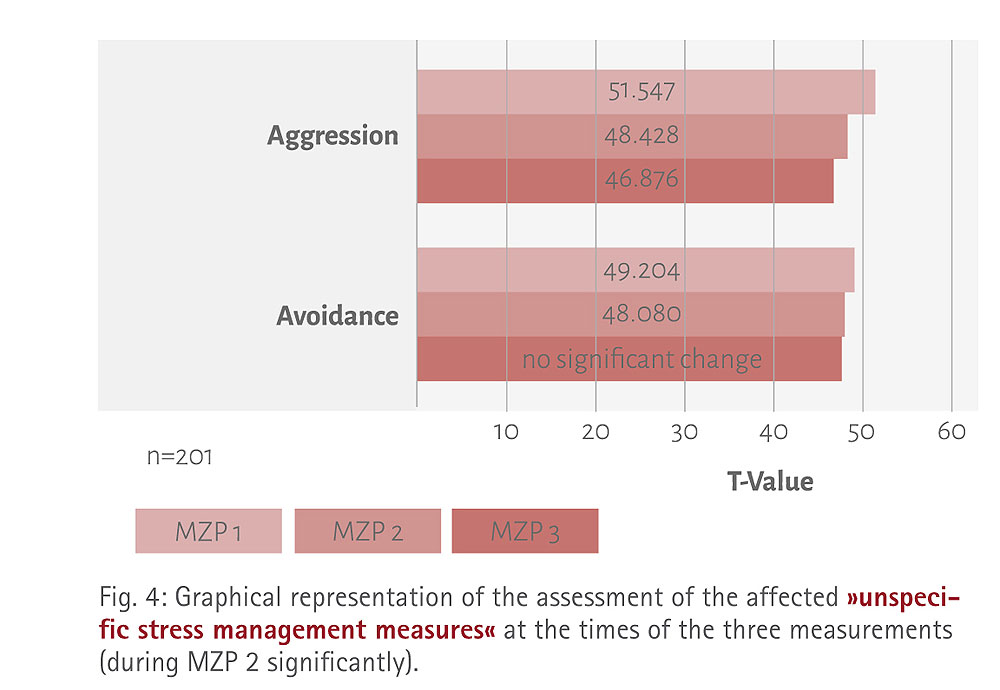 Even if the changes in values appear minor at first sight, they are of major importance for practice and individual cases. For clarification, here are some supplementary case examples documented by sound massage practitioners based on a non-standardized questionnaire.

Case example 1:
A 41 year old female subject complains about tension in the shoulder and neck area, internal unrest, tension and restless sleep. At night she frequently lies in bed awake and broods. After the first sound massage she reports in the follow-up conversation that the tensions have decreased and that she feels she has slept through the night. In the course of the following sound sessions her sleeping habits improve up to a very good night sleep, after which she feels well-rested in the morning. Even her shoulder and neck pain has improved from one session to the next.
After the fourth sound massage her physical pain has disappeared and after the fifth sound massage she reports to the sound massage practitioner that she feels generally more balanced and calm, and in stressful situations perceives an inner calm.

Case example 2:
A 43 year old female subject reports about developing back pain after driving the car for approximately half an hour–effects of an ancient back injury incurred during judo. After the first sound massage she describes her experience during sound massage: “It was indescribable, not able to describe in words… I had the feeling of floating in space, diving and flying away!” After this sound session she is feeling “very free.”
Already during the second session she reports that after the first sound massage she did not have any more pain while driving the car. After the second sound massage she says in the follow-up conversation that she has the feeling of being better able to let problems go, that during sound massage she can excellently relax and that sound massage makes her expand: “a feeling of deep security and a beautiful inner peace.”
Also in the following sessions she reports a “free and relaxed feeling in the pain area” which also continues until the end of intervention. After the fifth session she says she is entirely fascinated by the effect of sound and that she feels vibrations flowing through her entire body; she has the feeling of her bones still swinging [ringing] for a long time. She says: “The bowls are simply great, so different and long lasting” and that she has the feeling that “the bowls put things straight.”

A 40 year old male subject reports he is frequently under serious occupational time pressure and complains about shoulder and neck tension. He is skeptical of the method of sound massage, but also curious. Already during the first sound massage he can rapidly engage and relax well, but in the follow-up conversation says he feels his feet are “cut off.” In the preliminary talk of the second session he happily reports: “I have gone into a difficult meeting totally relaxed!” and after the sound massage he says: “I am feeling like a different person, my head is exactly as it should be and nothing hurts!”
After the third sound massage he surprisingly comments: “I wouldn‘t have thought I was able to let loose so well!” In summary, he says after the fifth sound massage that he feels very awake and relaxed and experiences his everyday life as “less distressing.” He says: “I feel very comfortable, perhaps I will also manage now to lose weight.” Even his wife has noticed that he worries less; so has the subject. During the time of sound massage intervention the subject was in the process of a professional change. He says that sound treatment has helped him to “feel well and grounded, to express [his] wishes without shyness and finally to get everything exactly the way he wished.”

Case example 4:
A 58 year old male subject suffered internal unrest, insomnia and occasional back pain. He reports he works in a sitting position, and that an examination is imminent. After the first sound massage he was very impressed by its effect. During sound massage he falls asleep again and again. Retrospectively, the subject said that the sound treatments help him to learn better by omitting different things “and it was a lot easier than expected!” said the client. He has contrived a model for the future how to better cope with his work by striking a new path! Despite high exam stress and against all expectations he passed the examination straightaway.

Case example 5:
A 52 year old female subject reporting difficulties sleeping during stress situations says that during the week after sound massage she is able to respectively sleep well. After the fifth sound massage she says: “Relaxation starts already when thinking of sound massage!” 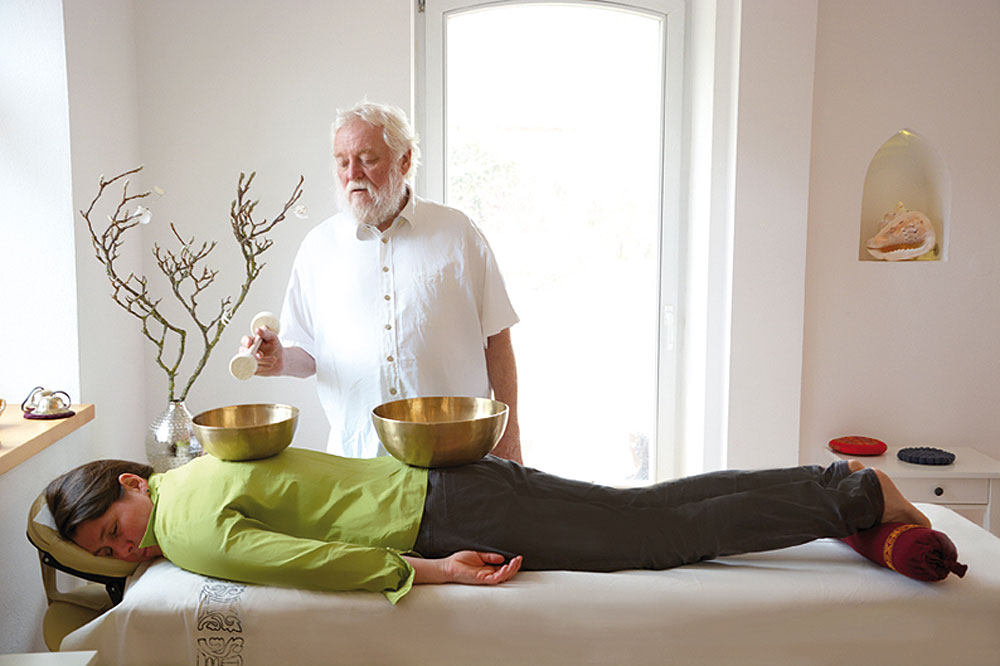 The pilot study provides first empirical findings for the effect of Peter Hess Basic Sound Massage. It supplies various approaches for further research and interesting results for different fields of practice such as health promotion, pedagogics or therapy. Additionally, the case examples allow insight into the subjective perception of the effect of sound massage.
It can be concluded that sound massage may be an ideal application for strengthening one’s own health. It may support a balanced relationship between tension and relaxation as well as a good body perception, which are important component parts of holistic health promotion. For this reason it may contribute to avoidance or reduction of numerous stress-related physical symptoms and diagnoses such as cardiovascular disease, depression, diabetes, back pain, and headache or insomnia; which the majority of the population is affected by nowadays. 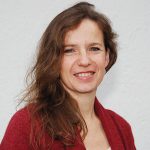 Dr. phil. Christina M. Koller
is Dipl. Sozialoädagogin (FH) and earned her doctorate at the University Bamberg about the use of sound in educational working areas. She has been working with the Peter Hess® Institute for a long time. She also is the coeditor of various books published by the Peter Hess Verlag.